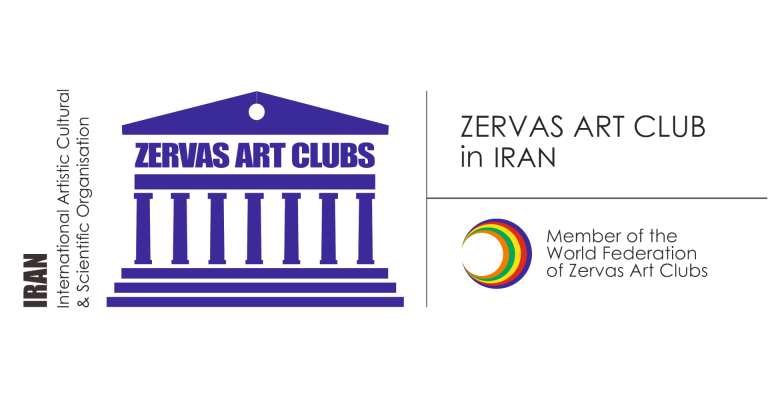 of the National Union of Zervas Art Club in Iran 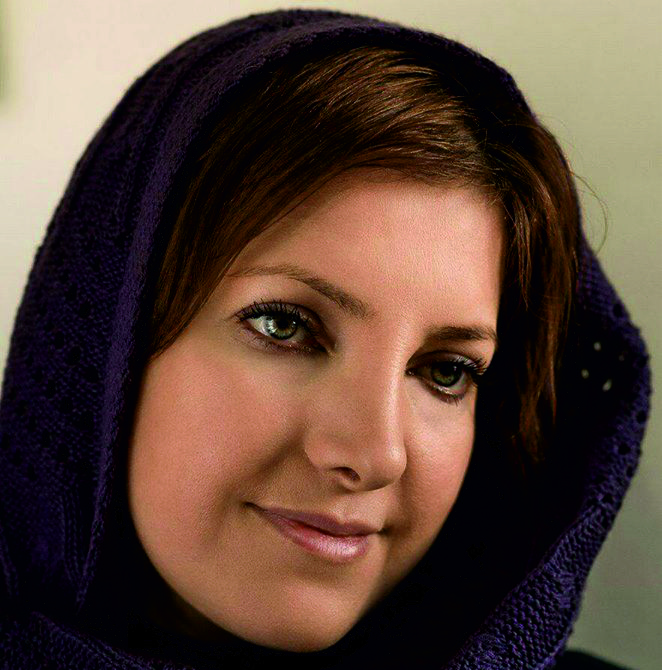 Art is a way for dialogue between civilizations. Zervas art creates the opportunity to converse easily with other civilizations from around the world, a world full of war and chaos. With a common language, that is, with the language of painting.

I am grateful to zervas art for giving me the opportunity to take on the creation of peace by Iranian artists.

Sarai magroun (sara hosseini) magroun is the name of a mountain in Kurdistan near the city of Sulaymaniyah, the name of the summit is Sara .. 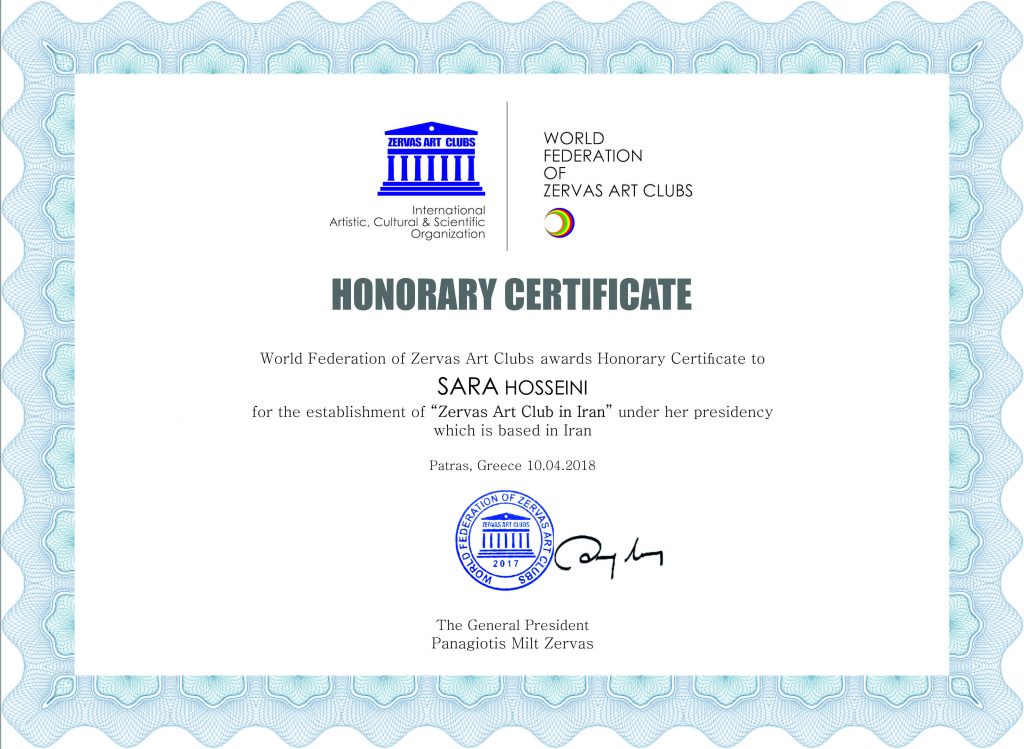 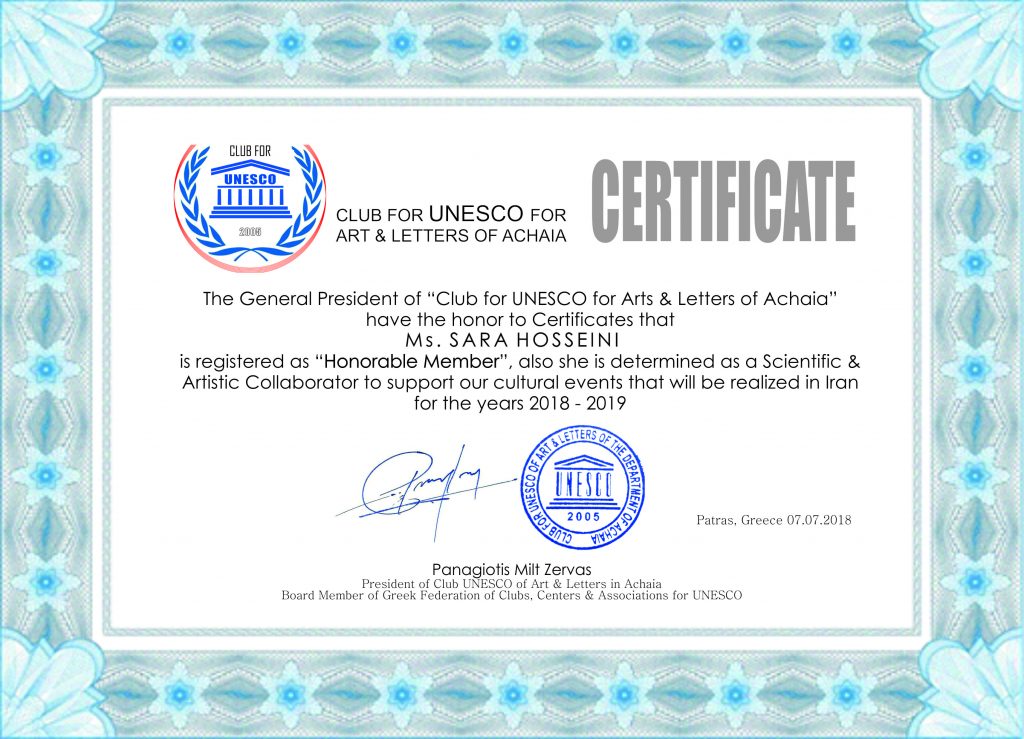 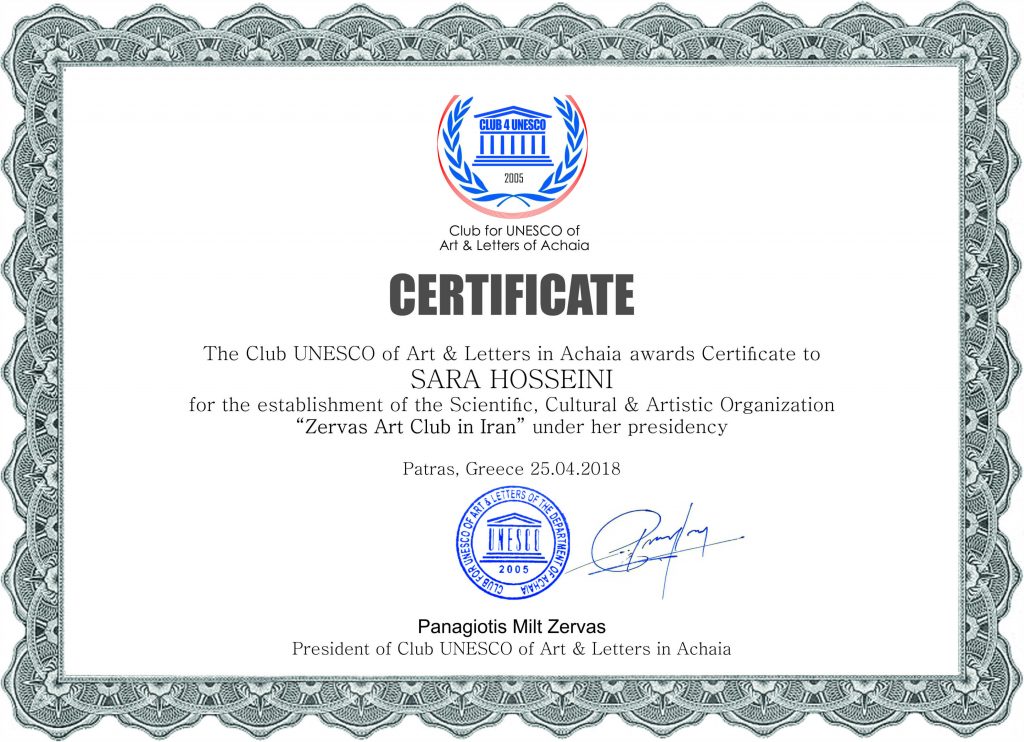 CV OF THE PRESIDENT SARA HOSSEINI

– Founder & President of Zervas Art Club in Iran
– Artistic expert and director of the gallery of nations from July 2018 to now
– Director of Public Relations of Arts and Culture Centers of the 10th Region and Attar University of Nashebari from 2015 to July 2016. Manager of the Gallery of January 2014
– Director of the Light Gallery 2005- 2012
– Director of the 27th artistic gathering ceremony at the Noor Cultural Center (2005 to 2013)
– Director of holding more than 400 exhibitions in the art galleries of the Light and the Nations
– Manager of 25 workshops in specialized fields (painting, animation, sculpture and …)
– Director of Holding 6 commemorations of the professors called in the arts
– Director of photography festivals (urbanization: good, bad, ugly), (Iran my land) and (lasting  legacy)
– Designer and executor of the programs “At a Friend” and “From Art to Artist”

– Curling and Curling course with Mrs. Elham Puriim
– Puppet and two-dimensional animation course with Master Abdullah AliMorad
– Invitation to Erbil (Iraqi Kurdistan) for a two-dimensional  animation workshop and get a certificate of presence
– Invite UNESCO to Paris and attend 2 Paris Art Fair to hold a  painting workshop.
– Honorary Diploma from the UNESCO Painting Workshop in Paris
– Receiving an Art Award Ceremony from the UNESCO Painting Workshop in Paris
– Receiving honorable director “Selected Gallery Director” in the third selection period for the best art galleries of the Cultural-Arts Organization

Art in Iran
The arts of Iran are one of the richest art heritages in world history and encompasses many traditional disciplines including architecture, painting, literature, music, weaving, pottery, calligraphy, metalworking and stonemasonry. There is also a very vibrant Iranian modern and contemporary art scene, as well as cinema and photography. For a history of Persian visual art up to the early 20th century.

Painting in Iran
Mullahs in the royal presence. The painting style is markedly Qajari.
Main article: Persian paintingOriental historian Basil Gray[2] believes ” has offered
a particularly unique [sic] art to the world which is excellent in its kind”. Caves in Iran’s Lorestan province exhibit painted imagery of animals and hunting scenes. Some such as those in Fars Province and Sialk are at least 5,000 years old. Painting in Iran is thought to have reached a climax during the Tamerlane era when outstanding masters such as Kamaleddin Behzad gave birth to a new style of painting.
Paintings of the Qajar period, are a combination of European influences and Safavid miniature schools of painting such as those introduced by Reza Abbasi. Masters such as Kamal-ol-molk, further pushed forward the European influence in Iran. It was during the Qajar era when “Coffee House painting” emerged. Subjects of this style were often religious in nature depicting scenes from Shia epics and the like.